Snowflakes Outside my Window 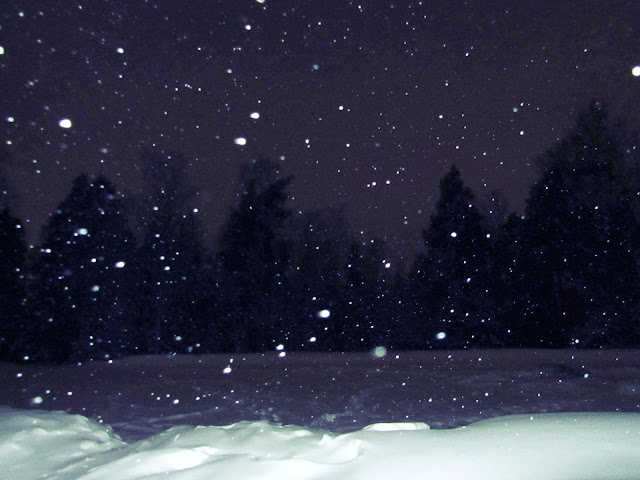 Today, on the morning of Christmas Eve, I did my last dash to the grocery store. Not so much dashing as stomping my way through ankle-deep new snow. It has been snowing all of December, every single day, at least that I can remember. On Christmas Eve stores close at noon, and won't open again until Thursday. Finns take Joulu (Finnish for Christmas) very seriously and like to make an early retreat. I do enjoy this time of the year: the snowed-in landscapes, the candle light in the evenings, the mulled wine and other Christmas treats (chocolate being a year-round favorite), the Nutcracker season - and Snowflakes. I love the dance of the Snowflakes most, and wish I could just once be one. Frothy tutu and glittering tiara included. Sadly, the only snowflakes I encounter are outdoors..


When I was still in school, I used to ski and ice skate outdoors whenever there was snow and ice. I'm ashamed to say that I've gotten lazy since. It's much more comfy to sweat in a dance studio, even though sub-zero temperatures mean extra layers of warm-up wear. However, since I discovered that the field at the edge of the forest (I can see it from my window) is now an ice skating field.. Maybe it's time to get myself new skates? I just realised that I haven't ice skated since I started ballet! Professional ballerinas (or those in the making) are probably not supposed to, because of the risk of injury. At least that's what my teacher said. But I'm no ballerina, I can risk falling on my butt. And after twenty years of sticking to non-iced grounds that's pretty likely to happen.


Speaking of ballet (that's what this blog is about after all): I'm taking a break from ballet! Just for the duration of our eleven-day Christmas break, nothing more. And nothing less. This time around, I really need it. There was that stress from moving house, then rehearsals on top of regular classes, then the xmas show, followed by more classes and other stress... and then I kinda zonked out. The last class of 2012 went by in a sloppy-toed and tired blur. My teacher was not pleased with me, she thinks that I take class too seriously and get frustrated too easily - especially when I'm tired or stressed. Which admittedly is not far from the truth, but this time there were circumstances which I explained later. Anyway, my teacher knows me pretty well and reminded that we can't always do and be our best - and that's okay. No reason to get upset over. She's right, of course. But sometimes life is hard, and even ballet class can't make it right. Better, yes.


So, I'm not really counting the last class of 2012 as the grand finale of my ballet year. That, my friends, took place in the preceding Tuesday and Wednesday lessons. In Marie-Pierre's class I got the kind of corrections that push you further, and the inspiration that lifts you higher - literally. I love that she teaches the way she sees it, without watering ballet down for us adult recreational "ballerinas". The demand for quality is always there, as is the refining of your technique and expression. It doesn't matter so much how high you can lift your legs, but what does matter is how you do it. There is not a moment wasted, not a beat that isn't danced to the best of your ability - present and future.

Tuesday's class was even more awesome than usual. Because of the upcoming Holidays, there were less of us - which translated into more to do and more corrections from a very demanding Marie-Pierre. Sure, I could sometimes take class without, but getting those personal corrections always changes something for the better. Or, at least it gives you an idea where to go from here. For instance, when were doing ronde de jambes, I was told to watch out for that last moment in ecarté (the hardest bit). There are still a few millimeters left to turn my heel out even more. Not forcing anything, but using proper alignment and awareness. I'm continuously surprised that there is so much "more" for me to accomplish! "More!" is in fact something I frequently hear from Madame. It means being generous with your/mine plié, with the length of your allongé, with you presence and projection.


Another awesome moment of Tuesday: I finally nailed my pirouettes right in front of my teacher! She was walking backwards, following our line (a little unnerving) - and I felt confident and on top of my legs. Clean doubles, both en dehors and en dedans. Clean meaning properly aligned heels, which is always a challenge for me. Madame keeps reminding me every time, but this time even she was finally happy. Result! There was also a moment in pointe class. We were doing balances in center, and I had that same secure and calm feeling. From fifth, degagés en avant and arrière (about 45°), and passé retirés - plié and repeat. It's impossible to do the entire exercise without a wobble, but I managed a few nice balances. Marie-Pierre gave me an appreciative nod afterwards on top of the regular praise (she's very generous that way). Yay! There was more, both in the way of corrections and getting-it-right moments - but I want to wrap this up in time to unwrap my xmas presents...


Wednesday was "Johanna's Pirouette Day." Really, that's what our teacher Gabriella called it after class (not those exact words in English, but that's the gist of it). Most had left already, only a dance buddy (with better turns than mine) was still there. I would have known it even without the praise, but it's always nice being acknowledged. Especially after a very long and insecure non-turning plateau. I'm not sure what was different, because I know my technique has been there for much longer. It must have been the calm and happy state I was in. No stress, just having fun, while remaining focused in the moment. Even my bad spotting was better - and I managed a rare triple (rare for me). My pirouettes were not the only cherries of that class, it was the entire atmosphere: relaxed, fun, motivated. I had enough energy to do two classes back to back, and Gabriella pushed me to go for a deeper penché and a higher leg. Apparently I can do it! Yay!

But now it's time to rest and recharge ballet batteries. My right knee has been acting up since Thursday, I suspect it's something to do with quads and their tendons, right where they attach at the top of the knee. It hurts when I do a deep plie on one leg, and gets achy after being bent for too long. I have now eight full days to recover, and hope that does it. All I plan to do is enjoy the snow (inside and outdoors), watch several Nutcrackers, read some, write some, eat well and plenty, meet family and friends and have a lovely time. I wish you the same: a wonderful Christmas and Happy Holidays! 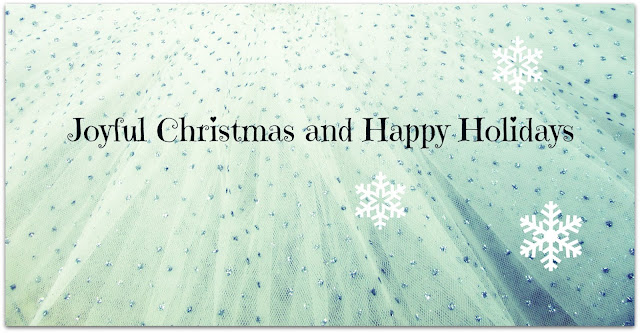 All photos not credited are (c) Pointe Til You Drop.