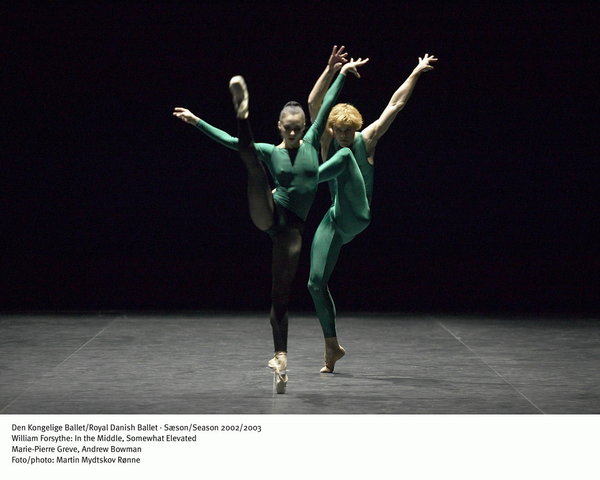 
Another intermission, and more bubbly plus delicious pink macarons - you gotta love opening nights! The final pièce de résistance of the evening was Jiri Kylián's Bella Figura. This I had never seen before. But what little I've seen of Kylian's work, has always struck me as genius. In Bella Figura, he employs the curtains as ever changing frames and props for the dancers to wrap themselves into. When the first dancer (Emmi Pennanen) appeared behind the curtains, I was struck both by her vulnerability, physical beauty and strength. The topless-ness of the dancers (both female and male) may be what has given this piece its most fame, but the semi-nudity is never gratuitous. The human body is celebrated as such - in its purest form. Bella Figura made me tear up. Happy tears - for the dancers who get to perform such works of art, and for us viewers who get to share in the experience.
at February 16, 2013 5 comments:

Looking at my last post "Without Dance", I should have named it "Without Blogging" instead. But, as life happens, sometimes you get busy with stuff and other stuff suffers. Not to make a mystery of it: I went back to full-time paid employment. Which was a welcome change after stretching my budget till no end. Seriously, the end of all ballet classes was thisclose. So you can imagine my relief and enthusiasm after finally finding what I was looking for, and still being able to dance as much as I want. And need. But the blogging has been hard to squeeze in. For a while, I moved "operations" over to facebook - but I do miss the writing (and hope you've missed it too.) So much for explaining my blogabsence. Now let's get on with the blogging!

"I Want to See Colours From You"


That's what my teacher told me, some weeks ago. I trust she was not refering to my class attire, although I did change into a more colourful outfit the next week: a red cotton tank top, which goes well with my two-layered ballet skirt (black & red), and a crocheted multi-colour triangular scarf to tie around my waist. I figured that it would at least work as a reminder. Because what my teacher was essentially telling me, is that my dancing is kind of bland. Technically fairly neat and clean, and all the arm and head positions correct, but without colours and nuances. Madame wants me to be more pronounced with my épaulement, more creative with my port de tête, and not look like a ballet school robot. She wants to see me dance in class, at the barre, in center - and then do the same on stage. Which is possibly the best feedback I've ever gotten. There was really nothing negative about it ("bland" is my own choice of word). Instead I feel like I've been given a positive task, a compliment even. She must think that I'm ready for it.


"Play With Your Port de Bras"

Seriously, how often do you get told to play in ballet class? For me, it was a first. Now, I've always been confident about my port de bras, and have considered it as one of my strengths in ballet. Madame said nothing to the contrary, she even called it nice and pretty - but now she's asking me to play. Again, I think this is positively awesome advice. All my other classes are very much text-book academic, at least at the barre. Even allongés are strictly regulated. Don't get me wrong, I'm not opposed to strict ballet class academics. You do need to learn the rules first before you get to break them. Playtime is earned.

I have to admit that I've been somewhat shy to follow these new in-colour-instructions. I'm not one to shout out my presence in class, or elsewhere for that matter. Blogging is different. But I've noticed something very interesting. When you focus less on your feet, and think more about the upper body dancing - you dancing - then the rest follows much more easily. It can be no coincidence that my triples have returned at the same time I started to "play"! And it makes class so much more joyful when you get to infuse some of your own personality into everything.

Up until recently, I used to think that my weak points (lack of flexibility and turn out, among others) would always outweigh my strong suits and set me apart from the more talented crowd. You know, along the lines of "she dances quite well for an adult, shame about the _____ (insert whatever perceived or real flaw). But it's not like that at all. I have it in me to be a beautiful, elegant and expressive dancer. It's not going to be easy - but I fully expect it to be wonderful. This is why I love to dance, after all.